Berkeley, CA-based composer, bassist and producer Lisa Mezzacappa (music, electric & acoustic bass) has been an active part of California’s vibrant music community for nearly 20 years. Her activities as a composer and ensemble leader include ethereal chamber music, electro-acoustic works, avant-garde jazz, music for groups from duo to large ensemble, and collaborations with film, dance, and visual art. Recent projects include Cosmicomics, a suite for electro-acoustic jazz sextet based on Italo’s Calvino’s stories about the origins of the cosmos; Organelle, a chamber work for improvisers grounded in scientific processes on micro and cosmic scales; Glorious Ravage, an evening-length song cycle for large ensemble and films drawn from the writings of Victorian lady adventurers; and Touch Bass, a collaboration with choreographer Risa Jaroslow for three dancers and three bassists. She also co-leads the community improvisation ensemble, the duo B. Experimental Band, with drummer Jason Levis, as part of the monthly Do-Over Music series in Oakland, CA. Photo: Tim Rowe 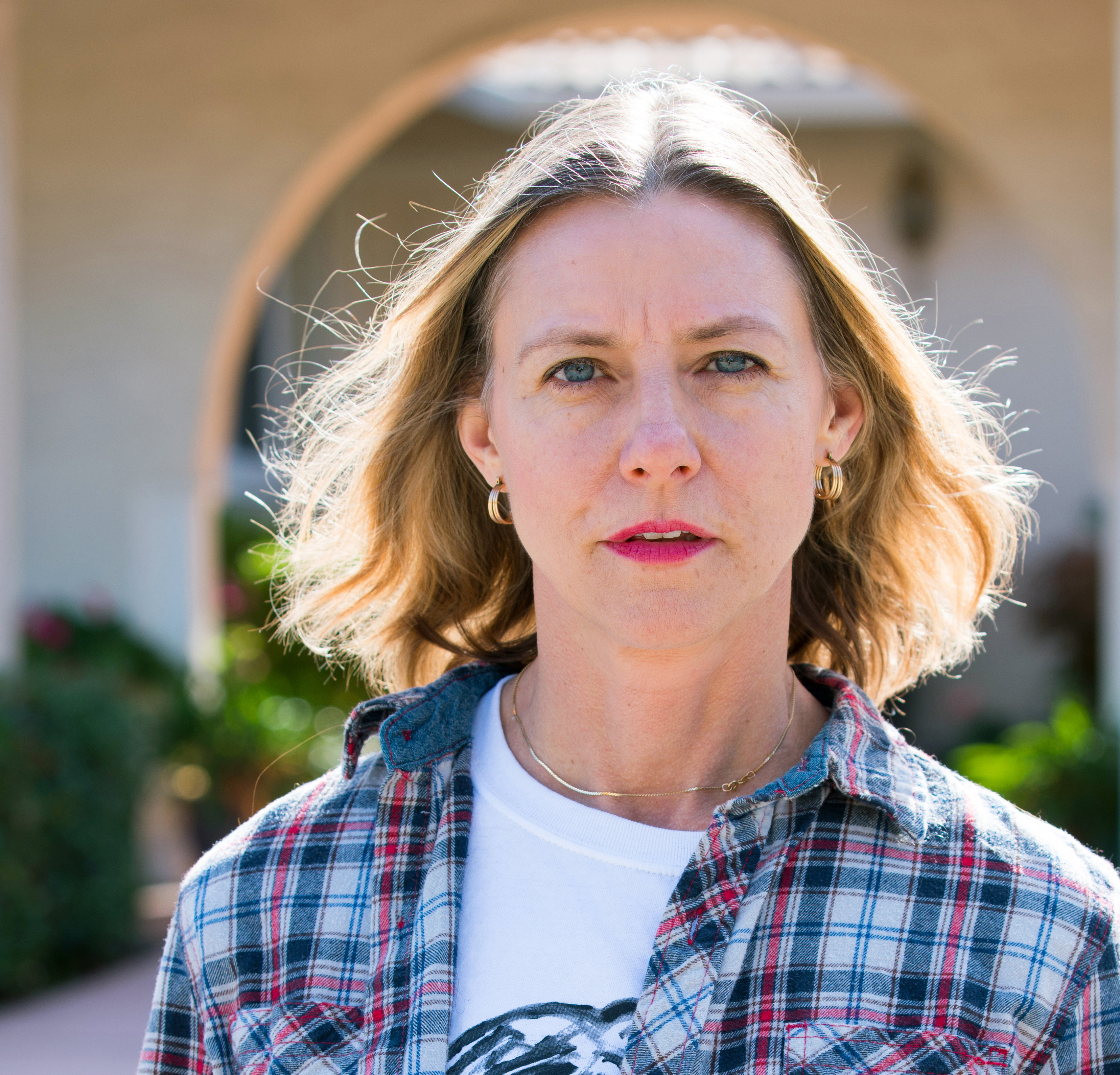 Beth Lisick (libretto, narrator) is a writer, actor and storytelling producer from the San Francisco Bay Area, currently living in New York. As an author, she has published six books including the novel Edie on the Green Screen (2020), the memoir collection Yokohama Threeway and Other Small Shames (2014), the New York Times bestselling comic memoir Everybody Into the Pool (2005), and the gonzo self-help manifesto and national bestseller Helping Me Help Myself  (2008). With a grant from the Creative Work Fund, she collaborated on a chapbook series called Tell You What (2012) with the artists at Creativity Explored, a studio and gallery for artists with developmental disabilities. Beth’s acting credits include a role on the Emmy-winning Amazon series Transparent and lead roles in numerous independent films screened at Cannes, Sundance, Tribeca, and the San Francisco International Film Festival. She does voiceover work for museums, including the Smithsonian, The Metropolitan Museum of Art, and SFMOMA. Photo: Amy Sullivan

Karina Denike (Joan, aka Talkin’ Lady) is a San Francisco-based vocalist, songwriter and bandleader who moves fluidly from intimate torch song chanteuse, to soul singer, to modern musical stylist to punk powerhouse. KQED’s California Report says, “Denike possesses a voice so rich and luxuriant she sounds like she was born to sing any song that comes her way.” She has appeared on more than 30 albums on major and indie labels, sung on countless soundtracks and compilations, and tours extensively worldwide. A current member of bands NOFX, her own self–titled group, the Cottontails, the Red Room Orchestra and the Bluebelles, Denike is also known for her work with the Dance Hall Crashers, Ralph Carney’s Serious Jass Project, Tony Sly, Aaron Novik, Hepcat, Hope Sandoval and the Warm Inventions, and Fat Mike’s Home Street Home musical. She has been presented by SFJazz, Montreaux Jazz festival (Switzerland), Redding Festival (UK), and Outside Lands (SF).   Photo: Joe Picard 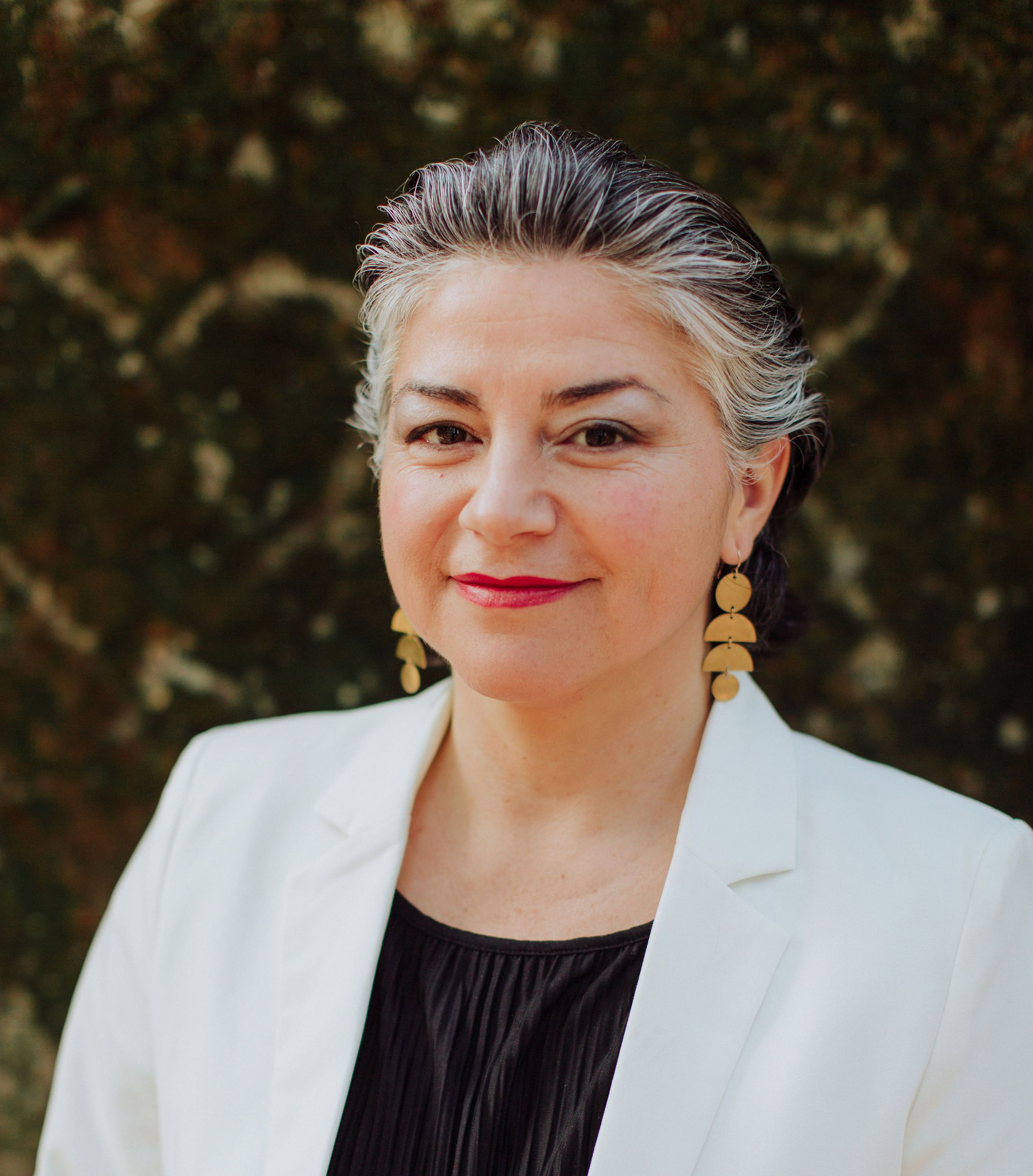 Michelle Amador’s (Margot, aka Go-Go) musical career is the result of a lifetime of familial influence, an exemplary education, and a desire to make the invisible visible through her music, vocal performance and words. Michelle has been hailed as “silken-voiced” by the San Francisco Chronicle, and her compositions are prized by accomplished jazz musicians—most recently with saxophonist and composer Dayna Stephens recording his arrangement of her work, “Amber is Falling (Red and Yellow)” on a release featuring pianist Brad Mehldau, bassist Larry Grenadier, and drummer Eric Harland in 2017. In 2020, Amador releases You Are Where You Belong, an EP she recorded with producer and sound engineer Eli Crews (tUnE-yArDs, Questlove, Kathleen Hanna, Yoko Ono) at Figure8 recording in Brooklyn, NY. The songs will be accompanied by a series of collaborative music videos.

Katy Stephan‘s (Frankie, aka Friday) voice  has been featured in major motion picture soundtracks (XMen: Dark Phoenix, Catwoman, The Time Machine), TV movies and theme songs, and even in children’s toys. She has been a soloist with the Oakland East Bay Symphony for concert versions of Candide, Follies and Leonard Bernstein’s Mass, and was a soloist on the Grammy-nominated recording of the Bernstein Mass with the Pacific Mozart Ensemble and Deutsches Symphonie-Orchester Berlin. She has performed in Germany, France, Italy, Brazil, Japan, Cyprus, the U.K. and the U.S. with various groups and projects. Katy composes and performs original music for theatre, dance, burlesque and circus.

Oakland-based vocalist Melody Jeune Ferris (Theresa, aka TRex) grew up singing in choirs, and studied music performance at Mills College. She has performed and recorded the gnarly and uncategorizable music of composer Aaron Novik, most notably in his groups Thorny Brocky and Frowny Frown. She has also appeared with Karina Denike, Dominique Leone and Lily Taylor, and in the tropicália-influenced  Bay Area band, Killbossa. 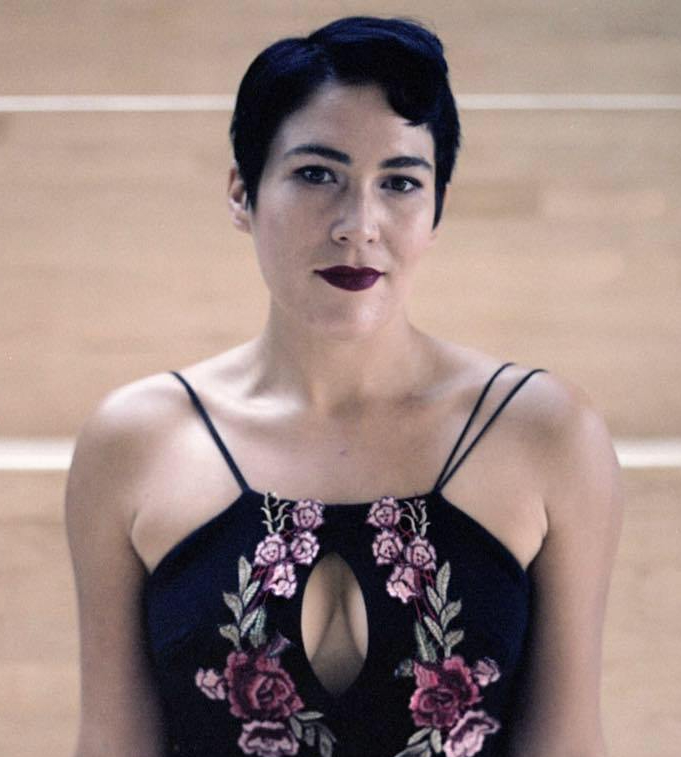 Nikola Printz (Susan, aka Miz Stacks) is an artist and performer known for their dark velvety voice, charismatic stage presence and artistic fearlessness. They most recently were seen playing the title roles of “elle” in La Voix Humaine with Magic Circle Opera, as well as premiering a song cycle by Jake Heggie at Grace Cathedral in San Francisco, with members of the SF Opera Orchestra. Other recent titular role debuts include Orfeo ed Euridice (West Edge Opera),  Carmen (Opera Modesto) as well as Rosina, Cherubino, and Isabella in L’italiana in Algeri  with Opera Memphis, where they spent two years as a company resident artist. Nikola is a graduate of the San Francisco Conservatory of Music vocal program in 2013, where they studied under the tutelage of Patricia Craig. They attended University of Memphis (as a dual resident program with Opera Memphis) to obtain their Artist Diploma in Opera performance.

David James (Garrison, aka Buck) is a San Francisco-born guitarist, singer, and composer who leads the sextet GPS, and co-leads the group Russian Telegraph. He has been a performing and recording member of bands ranging from noise (Thessalonians) to hip-hop (The Coup, Spearhead), music for theater and film (Beth Custer Ensemble), to Afrobeat (Afrofunk Experience). Additionally, he has recorded with Zap Mama, Stephen Marley and Ledisi, among others, and this year launches his own ambitious song cycle about his father’s life as an activist in the Mission District of San Francisco. Photo: Mark Werlin 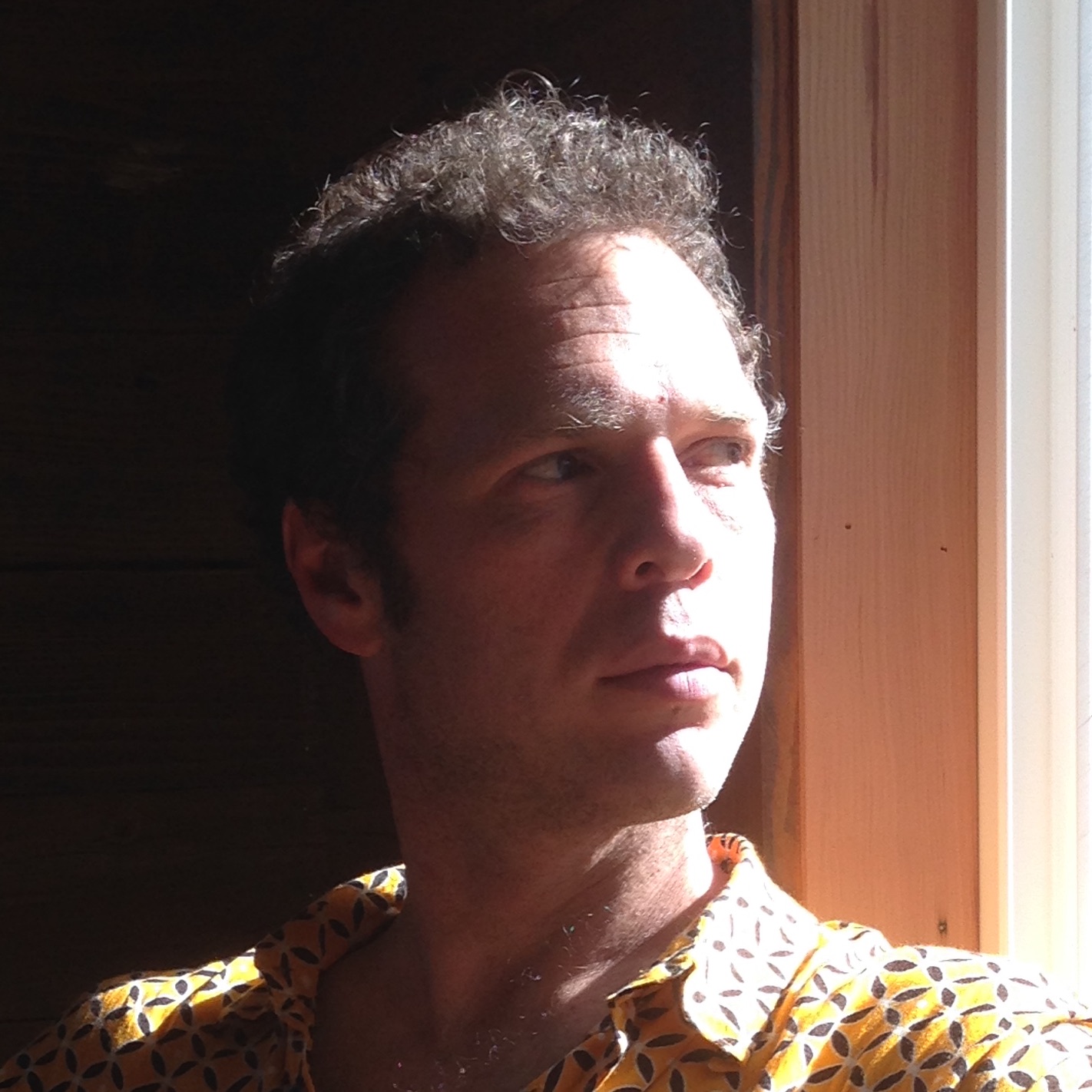 Jesse Olsen Bay (choir) is a musician, composer and teacher who lives in Sebastopol, CA. He is well-known in the Bay Area and beyond as one-half of the avant-folk duo Ramon & Jessica, and also performs with the experimental percussion group Open Graves, and collaborates frequently with dance and theater. Jesse’s work has received awards and support from the American Composer’s Forum, the Ucross Foundation, San Francisco Friends of Chamber Music, and the Isadora Duncan Awards, among others. He is currently working towards a credential in music therapy.

Aurora Josephson (choir) is a musician and visual artist who currently resides in Portland, Oregon. Building on a foundation of operatic training and both a BA and MFA degrees in Music Performance from Mills College, she has forged a bold and unique vocal style. To unleash the limitless range of sonic possibilities in the voice, Josephson employs a variety of extended and unconventional techniques drawn from the worlds of contemporary composition, improvisation and rock. She has performed and recorded with Alvin Curran, Gianni Gebbia, Henry Kaiser, Joelle Leandre and William Winant, and musical groups Big City Orchestra, the Flying Luttenbachers, the Molecules, ROVA Saxophone Quartet and the Merce Cunningham Dance Company. 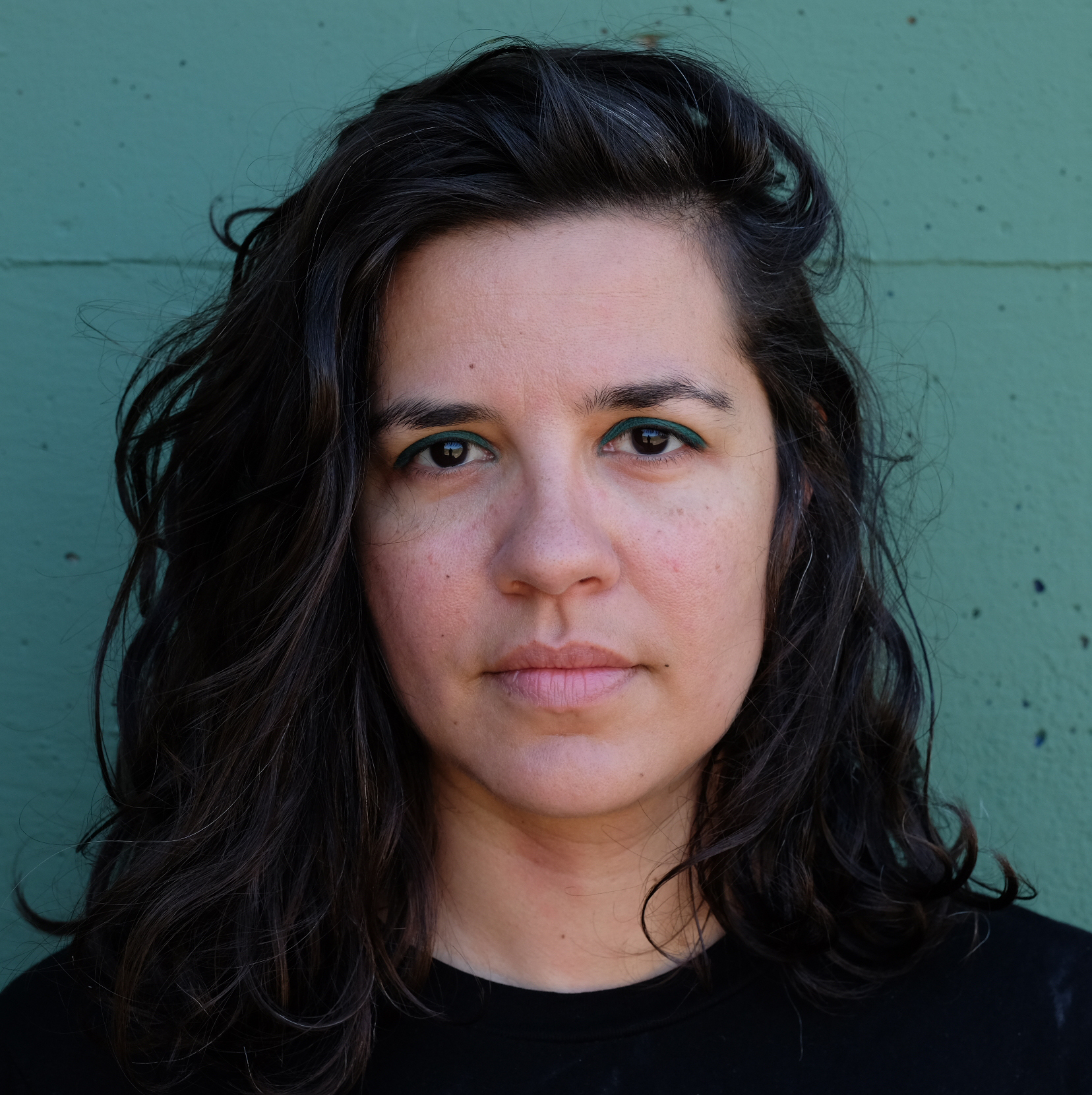 Danishta Rivero (choir) is an improviser, performer and sound artist based in Oakland, California. She explores the artifacts resulting from heavy processing of the voice and their relationship to its acoustic resonating presence. As a soloist, Rivero often performs as Caribay, conjuring the eponymous mountain spirit, whose laments cause avalanches. She is a member of electro-acoustic duo Voicehandler with percussionist Jacob Felix Heule. She is also half of Las Sucias, a feminist tropical noise duo with Alexandra Buschman-Román. 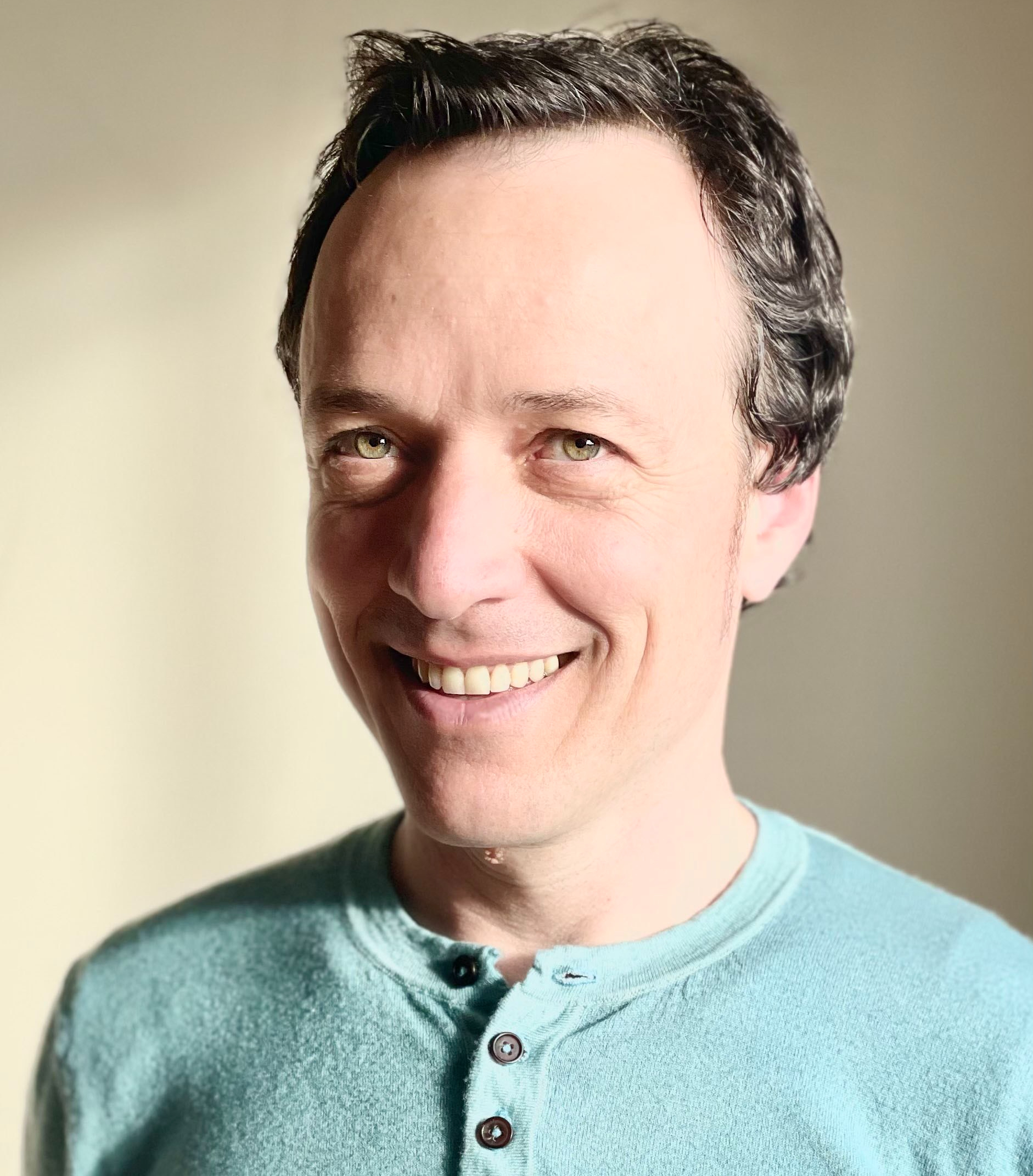 David Israel Katz (choir) is a singer, improviser, mover and composer. He ​studied Composition and Improvisation at Mills College, and Art and Social Change at California Institute of Integral Studies, and has specialized in voice and movement improvisation. With his Jewish art project, ​foreignfire​, he organizes ensemble improvisations, writes performance scores, and directs creative workshopping processes. The Israeli newspaper Ha’aretz​ described Katz as “an uber-performer,” and his art-ritual, ​THRESH​, was praised by Jewish Currents​ as “an intense game you can lose yourself in.” Recent appearances include the Musrara Mix Festival, (Jerusalem); Xavier Veilhan’s ​Studio Venezia​ (Venice Biennale); and Naomi Rincon Gallardo’s ​Formaldehyde Trip​ (SFMOMA, The Broad, MCA). 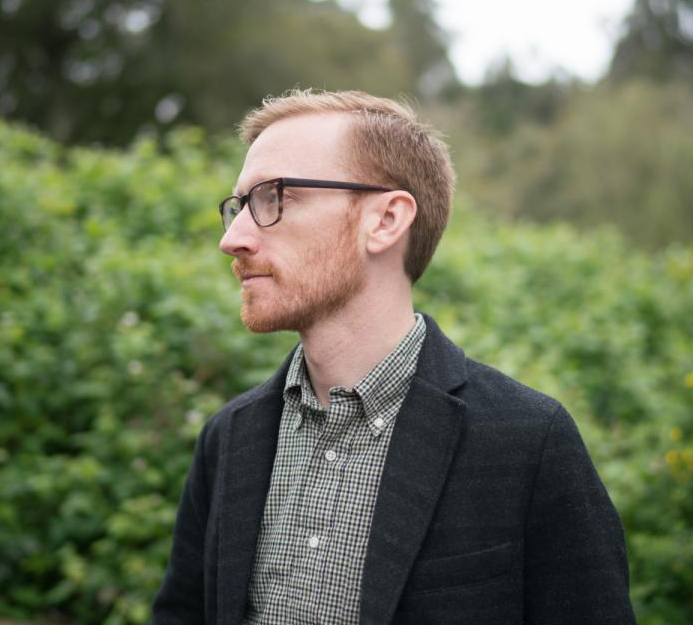 Steve Blum (synthesizers & keyboards) is a multifaceted pianist, keyboardist and composer, who performs with Bay Area ensembles the Electric Squeezebox Orchestra, SLUGish Ensemble, Bells Atlas, the Dirty Snacks Ensemble, Jr. Reggae, Steve Horowitz’ Code Ensemble, the Crushing Spiral Ensemble, and many others. He has also performed and recorded in Los Angeles with Vinny Golia, the BABAOrchestra, Blockrad, and others. He is an in-demand synthesizer player, and has released several albums of original music that bridge classical minimalism and electronic music. He graduated from CSU Long Beach and California Institute of the Arts, where he studied and played with Dave Roitstein, Charlie Haden, Joe LaBarbera, Larry Koonse, Vinny Golia and Wadada Leo Smith. It was also at CalArts he developed a deep passion for West African drumming and Indian Classical Music. 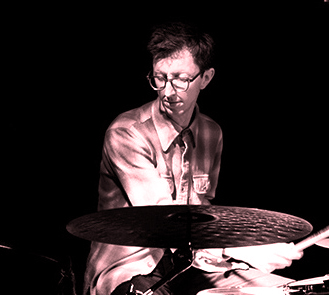 Jordan Glenn (percussion) spent his formative years in Oregon and in 2006 relocated to the Bay Area where he received an MFA from Mills College. Since then he has been most closely associated with Fred Frith (FF Trio, Gravity Band), William Winant, Zeena Parkins (The Adorables), Roscoe Mitchell, Ben Goldberg, Todd Sickafoose, John Schott, Lisa Mezzacappa (avantNOIR, Glorious Ravage, Lisa Mezzacappa Six), Motoko Honda, Dominique Leone, Michael Coleman and the bands Jack O’ The Clock, Kyle Bruckmann’s Degradient, tUnE-yArDs, and the Oakland Active Orchestra.  He has also worked with Rhys Chatham, Secret Chiefs 3 and ROVA Sax Quartet, and has been commissioned to create scores for evening-length dance pieces by Sharp & Fine and Liss Fain Dance. As a leader he has composed and conducted the trio Wiener Kids, Mindless Thing (a collaboration with poet Jim Ryan) and the percussion-heavy large ensemble BEAK. Photo: Laurent Orseau